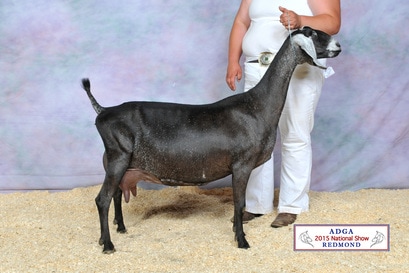 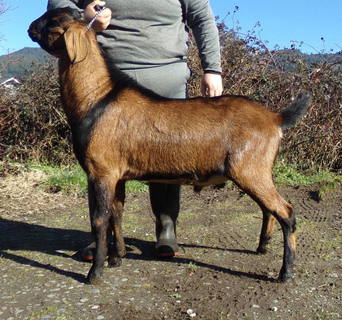 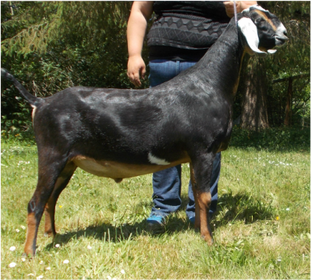 The  two Thyme daughters freshened this year  in April-  Shiraz and Champagne- who is quite the milker as a yearling. Thyme is a good natured, deep bodied, wide buck  with great breed character.  Thyme's maternal sister, Wingwood Farm Lovin Terra , was the 1st placed intermediate doe at the 2015 National ADGA Show.  We have a few lovely daughters from Thyme born this year from Mara as well as a dry yearling Luminara.  Luminara earned her dry leg in 2016 being the Junior Champion at REDGA and Humboldt County Fair.  Thyme's daughters Luminara, Halle, and Corriella earned a 1st place for junior get of sire, too.    Thyme is working in Southern California.
More information on Thyme's lineage can be viewed at Wingwood Farm.